Vestibular neuritis is a condition that affects the function of the vestibular system of the ear, which leads to severe spontaneous vertigo and dizziness.[i] Studies have shown that it has an annual incidence rate of 3.5 per 100 000 persons.[i],[ii]  While severe symptoms typically improve over a few days, main symptoms may last a few months.

In this article, we will briefly describe the structures and function of the systems affected, the suspected causes, and the primary signs and symptoms associated with vestibular neuritis. We will also discuss how a physical therapy program can help address the impairments and functional challenges associated with this condition.

Anatomy & Physiology of the Vestibular System

The vestibular organs are located within the inner ear. These organs are comprised of two main functional units, which are the semicircular canals and otolith organs. While both types detect acceleration of the head, the three semicircular canals sense rotational movements whereas the two otolith organs sense linear movements of the head.[iii] Our brain then interprets the aforementioned signals via the vestibulocochlear nerve to sense the direction of gravity and, ultimately, which way is up. 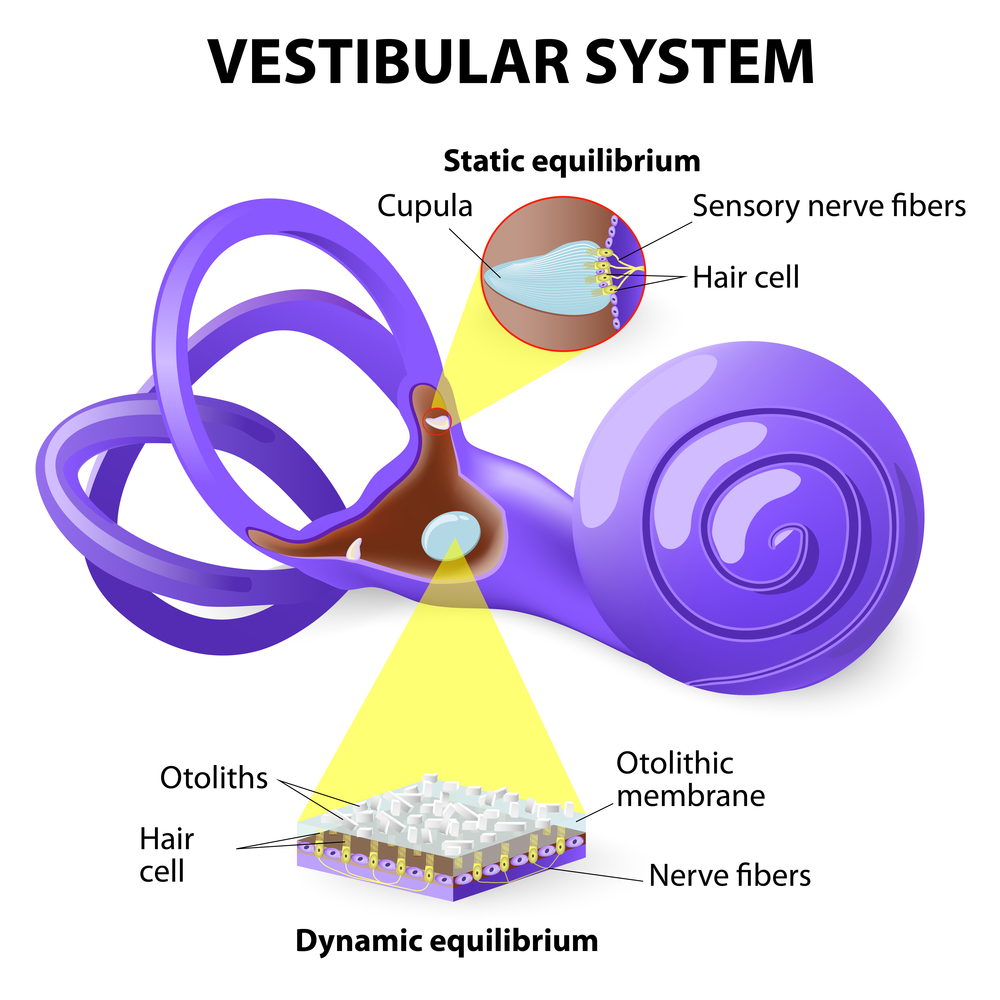 Although the vestibular system is primarily recognized due to its role with balance, it also plays a role in regulating our autonomic responses (e.g. blood pressure regulation with position changes), oculomotor control (eye movements and reflexes), and perception of self and non-self-motion.[iii]

With regards to oculomotor control, the vestibular organs also affect eye movements through the vestibulo-ocular reflex (VOR). The VOR occurs as we attempt to focus our gaze on a static object or retinal image while performing different head movements.[iii]

Let us consider the example of stretching your neck while watching a  basketball game on  TV. As we stretch our neck to the right, our vestibular system detects this acceleration of the head and signals via the VOR to produce a counter movement of the eyes. This counter movement allows us to maintain a stable gaze on the basketball game.

Vestibular neuritis is condition that causes sudden/acute deficits in the vestibular system on one side of the body, however, there is debate on what causes these deficits.[iv] Some studies have proposed that this condition can occur as a result of a previous or simultaneous viral infection that also affects the vestibular system, however, the evidence remains inconclusive.[iv]

Other studies have also proposed that vestibular neuritis may actually arise from the spontaneous activation of latent type 1 herpes simplex virus (HSV-1), as it is commonly observed in cells associated with the vestibular system.[v] When active HSV-1 were added into animal models, they found that it caused similar symptoms observed in vestibular neuritis.[v]

With vestibular neuritis, the following symptoms are observed:[i]

The severe vertigo experienced with vestibular neuritis significantly improves over a few days following the initial onset of symptoms in most individuals. This occurs as a result of the central nervous system adapting and compensating for the impaired function of the affected ear. Individuals continue to experience progressive resolution of symptoms over the next few weeks, with the main symptoms mostly resolved by 3 months following the initial onset.[i]

During the acute onset of symptoms, individuals may be prescribed vestibular suppressants by the corresponding medical professionals to manage the severe vertigo and nausea.[i] Prolonged use of such medication is not recommended as this may delay the adaptation and compensation of the central nervous system.[iv]

Antiviral agents and corticosteroids have also been recommended by medical professionals to address the possible viral cause previously mentioned. However, previous research studies have questioned the efficacy of corticosteroids to manage vestibular neuritis.[i]

Vestibular rehabilitation is another management strategy recommended by medical professionals. The goal of vestibular rehabilitation in vestibular neuritis is to allow the central nervous system to adapt to the impaired function and signalling by repetitively challenging the vestibular system.[vi] As the nervous system adapts its response to the impaired signalling, individuals will experience a decrease in symptoms, decreased visual blurring during head movements, and improved balance during walking and other activities.[vi]

Vestibular rehabilitation programs are usually comprised of the following:

At Propel Physiotherapy, our team of clinicians can help to prescribe a vestibular rehabilitation program specific to your needs. As physical therapists, we aim to manage your symptoms, guide you through specific exercises to challenge your vestibular systems, and ultimately get you back to doing what you love. 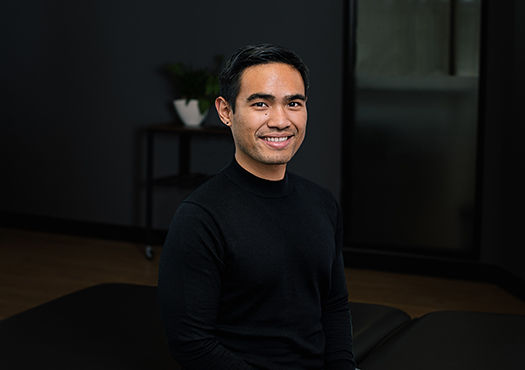 Reggie RagosPhysiotherapy Resident
Rehginald (Reggie) Ragos believes that improving your physical function also improves your mental health. He is passionate about helping clients accomplish their rehab goals. Seeing their self-efficacy and confidence grow, as they learn new skills and become stronger, is what he loves most about his work.